No products in the basket.

Coach House Interiors are seamstresses, upholsterers, fitters and interior designers.
We are also three generations who can combine together and with you to create any soft furnishing project you have in mind.

We are a family run business founded by Allen James, his wife Daphne, their daughter Tina, her husband Nigel and their daughter Kerry, their combined experience in the soft furnishing trade spans over 160 years.

Before them, Daphne’s mother was a carpet seamstress for Cavendish House, Cheltenham – training in London during the 1930’s. During the 1960’s, and after both completing a five year apprenticeship at Cavendish House – Allen qualifying as a soft furnishing fitter and Daphne as a seamstress/upholsteress – they founded their family business.

Alex is our lead upholster, he initially worked alongside Allen when he joined the team in 2009. He also carries out the measuring and fitting service we offer, alongside Nigel.

Nicky is our most recent Team Member, joining us in 2019. She is our ‘right hand lady’ carrying out our many admin jobs, initially meeting our showroom visitors and generally looking after us all!

We've provided a family run service for over fifty years, offering advice, measuring and fitting to customers in the Three Counties, South Wales, The Cotswolds, The Home Counties, London and the rest of the UK.
Our skills have also been required on major projects across Europe and The Middle East.

Call one of our team to discuss your requirements and book a personalised consultation.

Monday to Friday 9am to 5pm. 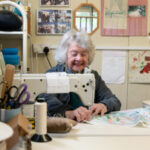 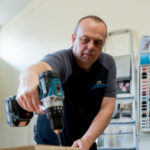 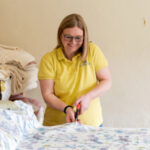 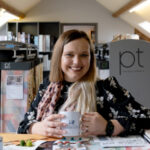 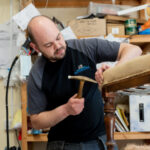 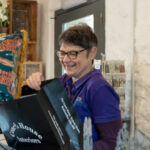 We use cookies on our website to give you the most relevant experience by remembering your preferences and repeat visits. By clicking “Accept All”, you consent to the use of ALL the cookies. However, you may visit "Cookie Settings" to provide a controlled consent.
Cookie SettingsAccept All
Manage consent

This website uses cookies to improve your experience while you navigate through the website. Out of these, the cookies that are categorized as necessary are stored on your browser as they are essential for the working of basic functionalities of the website. We also use third-party cookies that help us analyze and understand how you use this website. These cookies will be stored in your browser only with your consent. You also have the option to opt-out of these cookies. But opting out of some of these cookies may affect your browsing experience.
Necessary Always Enabled
Necessary cookies are absolutely essential for the website to function properly. These cookies ensure basic functionalities and security features of the website, anonymously.
Functional
Functional cookies help to perform certain functionalities like sharing the content of the website on social media platforms, collect feedbacks, and other third-party features.
Performance
Performance cookies are used to understand and analyze the key performance indexes of the website which helps in delivering a better user experience for the visitors.
Analytics
Analytical cookies are used to understand how visitors interact with the website. These cookies help provide information on metrics the number of visitors, bounce rate, traffic source, etc.
Advertisement
Advertisement cookies are used to provide visitors with relevant ads and marketing campaigns. These cookies track visitors across websites and collect information to provide customized ads.
Others
Other uncategorized cookies are those that are being analyzed and have not been classified into a category as yet.
SAVE & ACCEPT

If you are measuring up for blinds it’s important to get the correct dimensions to avoid costly mistakes. If we are making bespoke blinds for you then we can visit your home or business to take accurate measurements.

Roman Blinds outside the reveal:

Therefore, we need two measurements only:

Please insure you blind will fall clear of your window sill, and if not, it will need to finish at the sill. 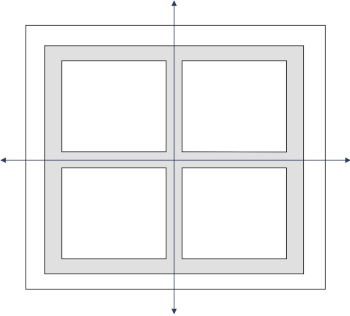 Roman Blinds inside the reveal:

Blinds being fitted inside the reveal need more measurements to be taken.

First take the width measurement. Measure at the top, in the middle and at the bottom of the reveal (there may be tiles fitted at this bottom measurement if you are in a kitchen or bathroom window). Note all 3 measurements and we will make our allowance for the finish width of your blind.

Next take the length measurement. Measure at both sides and in the middle, to be sure we have all the information to make your blind to the correct length.

Please ensure your blind will fall clear of any restrictions within your reveal e.g. window furniture. 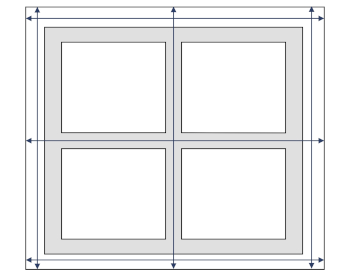 MEASURING A POLE FOR CURTAINS

When measuring up for curtains it’s important to get the correct dimensions to avoid costly mistakes. If we are making bespoke curtains for you then we can visit your home or business to take accurate measurements.

1. First measure the width of the pole between the finials. We do not require the finial measurement and will make our own allowances for ‘creep-back’ based on this one measurement.

2. Next count the number of rings. Rings can be removed if there are too many, but may present a problem if more are required.

3. Finally measure from the underside of the ring/top of the metal eyelet that the hook sits in to the required finished length you wish the curtains to be. See note below if eyelet headings are required.

There is no fixed rule on the length you wish your curtains to be, and restrictions may determine the finished drop.

Floor length curtains have a few options and most preferences are:

If you require a ‘stand-up’ heading please still measure the curtain length as detailed above and advise separately how much above the tape you require.

If you require eyelet headings however, please take your curtain length measurement from the top of your pole and also note your pole diameter, we will make the allowance above this length to allow for the eyelets.

Please note, this is a generic measuring guide and there will always be windows that need a more bespoke approach so please contact us if you need more information.

MEASURING A RAIL FOR CURTAINS

When measuring up for curtains it’s important to get the correct dimensions to avoid costly mistakes. If we are making bespoke curtains for you then we can visit your home or business to take accurate measurements..

A. First measure the width of the rail. We will make our own allowances for ‘creep-back’ based on this one measurement.

C. Finally, if you require a return on your curtains (from the end of the rail back to the wall), please take this measurement separately. Check that you have a way of fixing the final curtain hook via the rail bracket itself or with a separate screw eye fitted to the wall.

2. Count the number of runners. Runners can be removed if there are too many, but may present a problem if more are required.

3. Measure from the top of the rail to the required finished length you wish the curtains to be.

There is no fixed rule on the length you wish your curtains to be, and restrictions may determine the finished drop.

Floor length curtains have a few options and most preferences are:

If you require a ‘stand-up’ heading please still measure the curtain length as detailed above and advise separately how much above the top of the rail you require.

Please note, this is a generic measuring guide and there will always be windows that need a more bespoke approach so please contact us if you need more information.

There are a variety of heading styles, both modern and traditional, and the style you select is as important a part of your finished window treatment as the fabric selection itself. 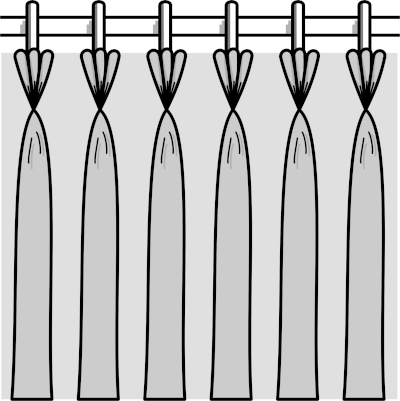 A traditional option is the triple pinch pleat heading which is also known as French pleats and gives a beautiful tailored finish. 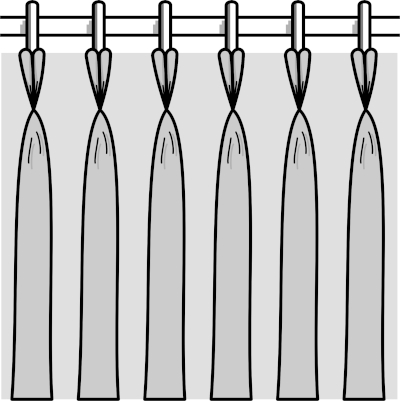 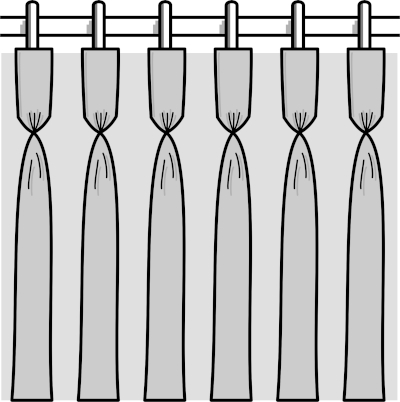 This heading style is made the same way at a triple pinch pleat heading, but only the bottom of the pleat is sewn into place. Instead of sewing in the top of the pleat it is opened out and filled to keep its shape. 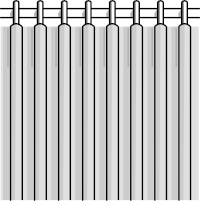 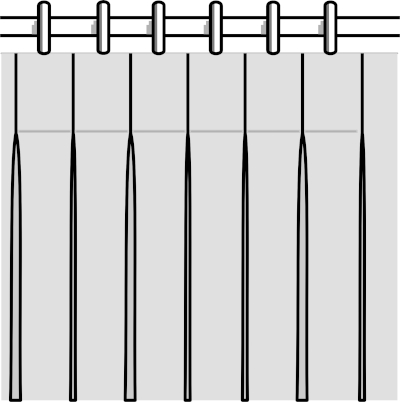 Also known as a Box Pleat heading, this is a more contemporary curtain heading where the pleats are placed at the back of the curtain, creating a wall of fabric at the front. The pleat at the back can then remain backwards facing if hanging from a pole or can be squashed flat and machined down the trough for a more tailored look. 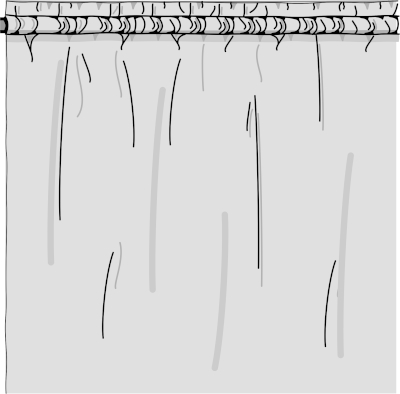 This is where two stitch lines are made across the curtain below the top edge to form a pocket and the curtain is slid onto the rail between the stitch lines creating a frilled stand up above the rail. This is most commonly used on Dormer or Swing Arms to conceal the rail. 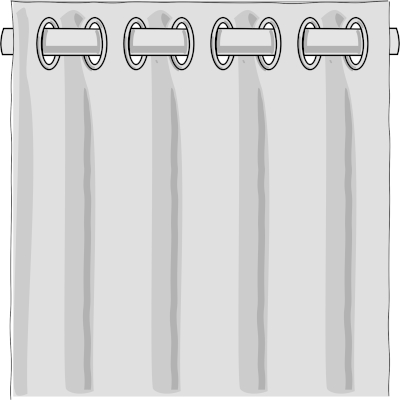 Getting their name from the large metal rings inserted into the headings, eyelet curtains are hung directly onto the pole. It is worth bearing in mind that this style of heading needs dressing in every time they are closed as they have no pre-formed method for this. 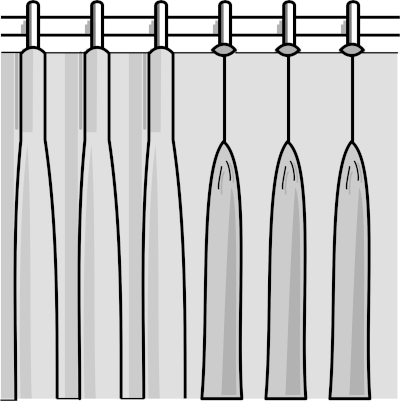 This simple heading style allows the maximum coverage from a width of fabric and is ideal for windows or doors that have no space for a more traditional curtain fullness or if this project has a restricted budget. The tube can be forward or reverse facing if hanging from a pole and forward facing only if hanging on a rail.